Hermann Wendt laid the foundation for the company IWG Isolier Wendt in Berlin during the
“years of rapid industrial expansion in Germany”. In 1874, our founder started a wholesale
business for plastic parts, which has quickly flourished in time. After the end of the Second
World War, the company experienced strong growth and soon developed to an important
producer for heat, cold, noise and fire insulation.

In the time between January 2000 and the end of 2013 Mrs. Karoline Beck held the
management of the company IWG Isolier Wendt. This also meant that our company again came
back to family ownership in the 125th year after its foundation. With the acquisition by the fifth
generation since Hermann Wendt our business area has been shifted by and by in direction of
high temperature insulation and sonic protective measures in power plants and in the plant
engineering.

With the beginning of the year 2014, the long-term Technical Director and co-shareholder Dipl.-
Ing. Andreas Köchel took over all shares – also in the associated companies – and since then,
he has governed the destinies of the company IWG Isolier Wendt GmbH as sole Managing
Director.

Since 1999, Andreas Köchel has been largely responsible for the development of the strategic
orientation of the company IWG Isolier Wendt as well as the project-related implementation.

Shares:
Our strong commitment in Eastern Europe is a common feature of the company IWG Isolier
Wendt. With our subsidiary “OOO IWG Isolier Wendt” with its headquarters in Saint Petersburg
new partners and customers are acquired on the important Russian market. Furthermore, our
company maintains its own production and assembly plant in Russia.

Through the fact that we back on highly qualified staff in Germany as well as in Russia, we
manufacture and assemble highly flexible insulations for gas turbines. On a timely basis and
exactly according to the requests of our customers.

Our new website is still under construction.
IWG Isolier Wendt 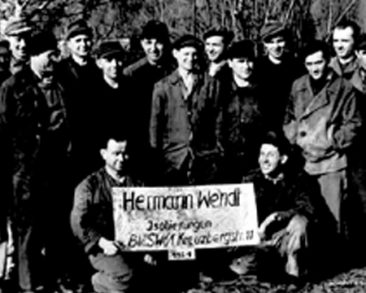